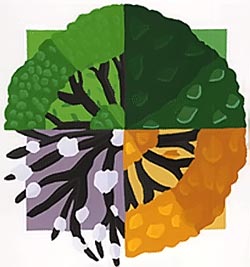 Spring is generally pleasant with average temperatures of around 20 ºC to 24 ºC during the day. April, May and June are often the best months. Rainfall is occasional and however it usually doesn’t rain after the end of May.

Summer is warm and sunny. The temperature rises in July and August, when it’s often over 30 ºC. Note that some areas of the Costa del Sol are often several degrees warmer particularly when the hot dry wind blows from the north. Areas most likely to be affected by this wind, which can blow for several days at a time, are valleys such as Fuengirola, Benalmadena and Malaga city. It rarely rains in summer.

Autumn is warm and sunny, although rainfall can be frequent and is sometimes torrential. September and October are usually pleasant months.

In winter the lowest temperature is usually around 12 ºC, although in an exceptional year it may fall lower and very occasionally there’s snow on the highest mountains. The daytime temperature often rises to 20 ºC. Note, however, that, although daytime temperatures may be high, you need some from of domestic heating. Rainfall can be frequent and is often torrential, although bas weather rarely lasts for more than three or four days at a time.