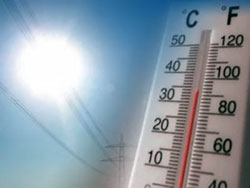 In the west, the area around Sotogrande and Estepona is generally wetter and windier than the rest of the Costa del Sol, as this area is directly influenced by weather on the Strait of Gibraltar. Not far inland from Estepona is Grazalema, Spain’s wettest place.

In the eastern area from Malaga eastwards is generally warmer throughout the year than the rest of the Costa del Sol because the Atlantic breezes don’t reach the area. This is an advantage in winter, but not in the summer. Malaga itself can be particularly hot in July and August.

Inland all towns and villages away from the coast are colder in winter and hotter in summer. The difference can be more than 5 ºC. In mountain villages, frosts are common in the winter.