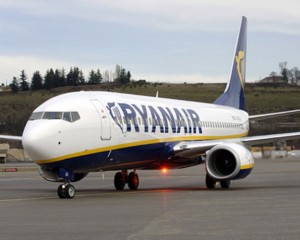 The airline Ryanair announced this Thursday that as from the last week of March, the routes that connect Valladolid with Milan and Malaga will start to operate again. This way, “the airport’s offer for the summer season will increase”, they assured. “In total, Ryanair will be operating six routes next summer, assuring the good results achieved by the Valladolid airport in 2011”, the airline informed.

This way, the new destinations of Milan and Malaga are added to the already existing, such as London, Brussels, Alicante or Barcelona.

To celebrate el return of the routes to Malaga airport and Milan, Ryanair launches an offer of 1 million seats at 9.99 euros (one way only, all taxes included) to travel to over a thousand destinations of your network of routes in April. This offer to travel from Tuesdays to Thursdays will be available from midnight on the 23rd of February to midnight on Monday the 27th of February, the company assures.