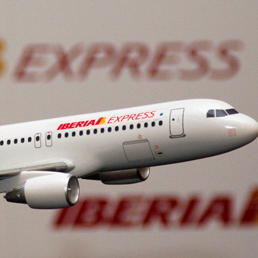 Flying out from Malaga airport towards sixteen other destinations for the modest price of 25 euros per journey, will now be a reality, but only as a limited promotional offer to celebrate the launching of the new Iberia Express, the low cost subsidiary of the company for short journeys, that will begin to operate a total of 17 routes in 2012 (twelve national and five international) as from this upcoming Sunday. They expect to transport 2.5 million passengers in their first year.

The new low cost, that will be operating its first flight from Barajas (Madrid) this Sunday towards Alicante airport, will initially start off with 500 employees and four A320 aircrafts, that will reach up to 14 this year (aircrafts from Iberia’s fleet) and will gradually increase until reaching 16 airplanes in 2013, 28 in 2014 and even up to 40 in 2015.

Volotea transports 18.000 passengers in its first month of operations in Spain