The airline Delta Air Lines have reopened their summer routes from Malaga and Valencia to the JFK airport in New York. From Malaga airport they’ll be flying six times a week and from Valencia, four. These flights, operated in Boeing 757-200 aircrafts with 174 seats, have been scheduled to increase the possible air connections in New York with more than 60 flights connecting to such demanded destinations like Miami, Orlando and Los Angeles.

Delta Air Lines service over 160 million clients each year. Last year the company transported more than 490.000 passengers between Spain and USA. The Travel Weekly magazine named them “Airline of the year” in 2011, while the PCWorld magazine praised them as “The most open to technology airline in USA”. They even leaded the Business Travel News’ Annual Airlines Survey. Delta have a very wide global network of destinations as, together with the Delta Connection companies, they fly to 350 airports in 62 countries. 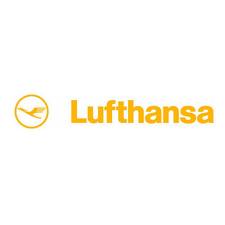 The German airline Lufthansa landed once again on the Malaga airport runway. The company launches two flights a week from Malaga to Berlin. They’re Lufthansa’s first direct connections to Berlin from Spain, as they also operate in Barcelona, with seven flights; Palma de Mallorca, with six; and Valencia, with two connections. “For the first time, Lufthansa offer direct flights to the emerging city of Berlin”, said Stephan Semsch, the company’s managing director for Spain and Portugal.