The U.S. airline Delta resumes from June 2nd direct flights between New York and Malaga airport on the andalusian Costa del Sol. During the summer season will be available a total of six weekly flights between both cities.

Delta Airlines has a total of four Spanish cities on its network, which in addition to Malaga are Valencia, Madrid and Barcelona. From the last two airports, Delta offers direct flights to NY throughout the year. 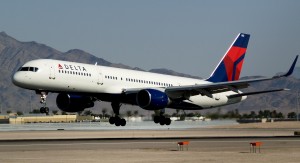 Of the passengers who flew to Malaga last year, 60% were American. Delta is the largest and most important U.S. airline in transatlantic flights with more destinations in Europe and Asia than any other airline.

10% increase of travelers at Malaga airport during early summer